This time last week I was in Mauritius with my mum and daughter making the most of our last day in paradise. It was hot, the only worry on my mind was “will the taxi turn up on time tonight for the airport?” and I was completely relaxed after a great 10 days of not doing much.

This morning I’m sat on a train going to Dorset to start dealing with funeral arrangements for my dad, who died a few days ago. There are so many worries on my mind that I can’t even process it all or sleep past 6.30 at the moment.

About 6 hours after he died, I thought “I’m over this, I feel fine” , people have probably written essays on that type of reaction. It must be some kind of defence mechanism and it’s probably not very healthy. I’m not over it and I’m going to write about it. Some people might not understand why I want to make my feelings public but I know it’s going to help me and frankly at the moment I really don’t care about being judged. I’ll post as many photos on Facebook as I want, go out as much as I want and just deal with it however I want to.

What makes me sad the most is that he couldn’t live his last years to the full due to pain and illness, that’s a shame. I’m the eldest of his 5 children and I was lucky that he gave me away at my wedding and met my daughter – my brothers and sisters won’t have that and that’s painful. If my youngest half sister graduates from university, I’ll make sure I’m there and unlike dad, T I promise you that when they are handing out a diploma for a slightly boring sounding degree I won’t shout out “I bet he’s fun at a party!”. I think this was before he fell asleep and Granny had to poke him because he was snoring so loudly…

Yep that was typical dad (typical of him, he definitely wasn’t a typical dad in good and bad ways) – he spoke his mind and didn’t give a damn what anybody thought. What was also typical and sometimes comical (and sometimes very annoying) was his ability to exaggerate a fact…indeed dad was not perfect by any means and had an uncanny ability to “enhance” the truth. He worked at festivals and clearly met famous people but which ones he “saw” versus “met”, I’ll never know and now I don’t care.

In times like these you start to see the influence people had on you. My love of rugby comes from him, I didn’t inherit his love of Chelsea FC though (#arsenal) nor his love of Stella, man that stuff is disgusting.

I do love a festival though and I will forever be grateful for all the summers I spent working and having fun at festivals, it seriously enriched my life. The people I’ve met, the music I’ve heard, the experiences I’ve had at festivals are a big part of my life and I will always be thankful for that. 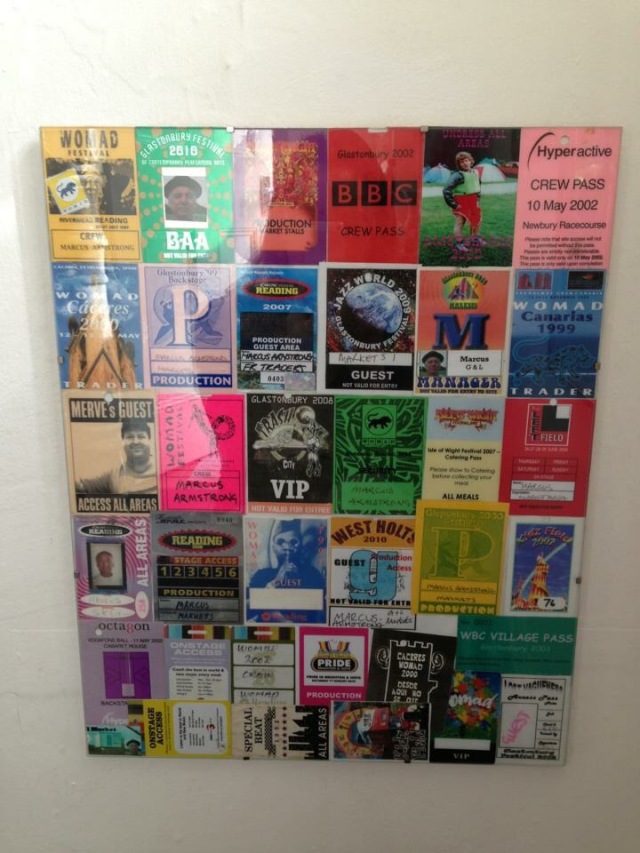 There is so much more to say, so many more memories and mixed emotions. I forgive you for forgetting my 18th birthday (and some others…) you came to Berlin for my 21st so that made up for that.

So what was amazing about my dad? He embodied our surname “Armstrong” – he worked outside most of his life and could do work guys 20 years younger couldn’t, he had tons and tons of friends from hell’s angels to a disabled guy, who he looked after at WOMAD and made sure he had a pass to the site every year to people he used to play rugby with and what seems like half of the UK’s festival crew. Anybody who met him would always remember him, he really would help people if he could, he was flamboyant and fun and I recently discovered that he said years ago “if I die tomorrow, I’ll die a happy man” and that gives me great comfort.

He lived most days like it could be his last, this did mean not much sleep (which eventually caught up with him) but he had more good times in his life than 50 average people put together.

I get my belief in “carpe diem” from you dad and I’ll do my best to live life to the full (I might just be a bit more reasonable and sleep more!).  The Armstrong show must go on. 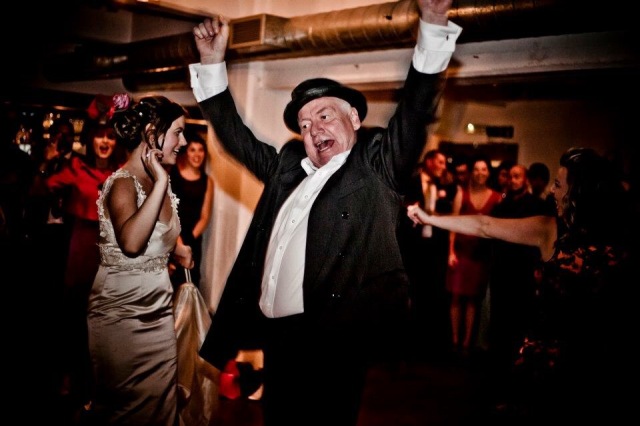 2 thoughts on “You Were Amazing Dad or Therapy Through Blogging”