A few years ago a colleague of mine told me that his original opinion of me that I was ” not fun, stuck up and a bit of a princess” but he had realised he was wrong. He probably didn’t know about Gav The Chav at the time or what the Armstrongs can be like. I am full of surprises (she writes as she listens to Kanye West) however I agreed to go to Ibiza anxiously as I have been feeling like a boring mum, how my colleague originally saw me recently, couldn’t even remember the last time I had been clubbing let alone seen the sun rise…

About 2 months ago, on my way to work, during a particularly tough week I started day dreaming about getting on the train to Gatwick and on a flight to Ibiza so it was fate when shortly after my colleague asked me if I wanted to go on a girls’ trip to Ibiza, it was meant to be! If anybody ever asks you if you want to go to Ibiza, SAY YES! You owe it to yourself , you owe to the world!

I had no idea how beautiful Ibiza was, on the first day we actually took a boat to Formentera, 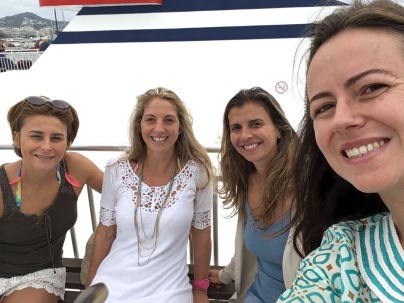 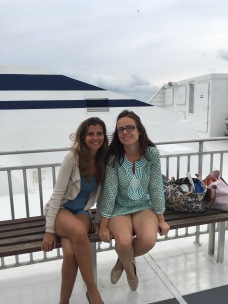 which was a great way to start the holiday, it was pretty empty and super chilled, we were switched off from real life in hours. We could have hired bikes but ended up using taxis and one bus, most expensive bus ride of my life actually, 4 bloody euros for a 10 mins ride and with the exchange rate crashing whilst I was there it seemed ridiculous. The first beach we went to was Playa Migjorn, a bit windy but lovely. 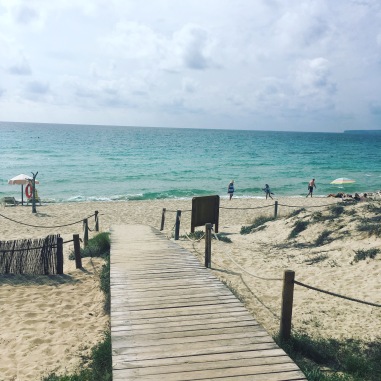 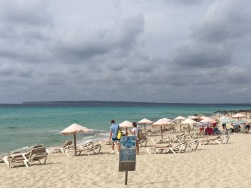 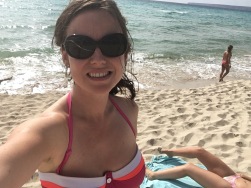 We had lunch by the beach at http://www.arenals.com/, food was nice and the view was just great, obviously we had sangria, I think we had sangria with every meal!

We then went over to Playa Illetes, now this is a seriously beautiful beach, one of the nicest I have ever seen in the world. I’m not great taking pictures, the colour of the water and the clarity was 10 times better than it seems on these. I’ve added some filters to try to give you a better idea. 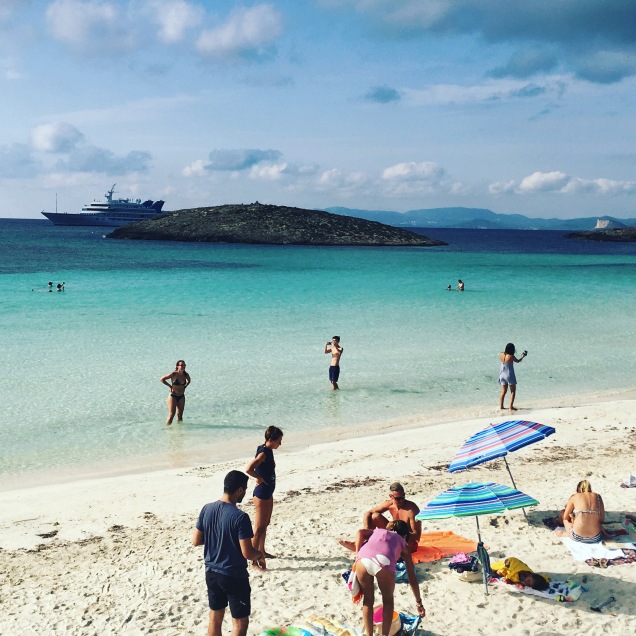 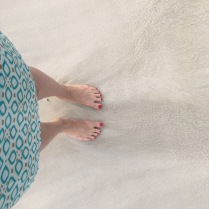 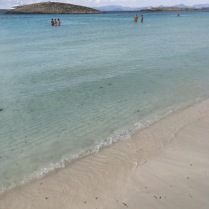 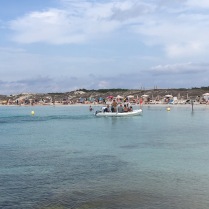 I could have sat there all day, unfortunately we had a boat to catch, actually we didn’t! We got the boat times wrong and ended up waiting around, such is life….

We went to Las Salinas on Ibiza the next day, this was my favourite beach, because it was SO MUCH FUN! I’ve rarely been as relaxed as whilst having lunch and drinking sangria (of course) at Sa Trinxa. We laughed and laughed and were aghast at the show the 2 nudists were putting on next to us on the beach, I can’t go into details but this must have been rehearsed, they had a whole routine going… 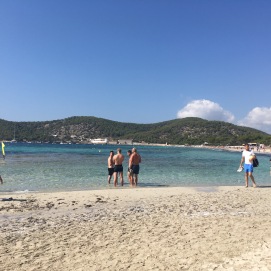 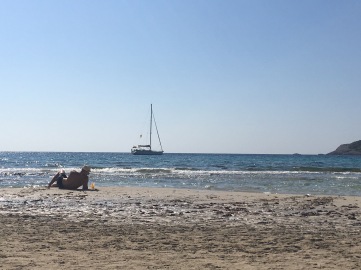 The whole vibe of the beach is just heavenly: everyone is happy, relaxed, friendly and living life to the full. I definitely don’t do enough of this. The beach bar plays great music and I will definitely be going back, cheers to Las Salinas! 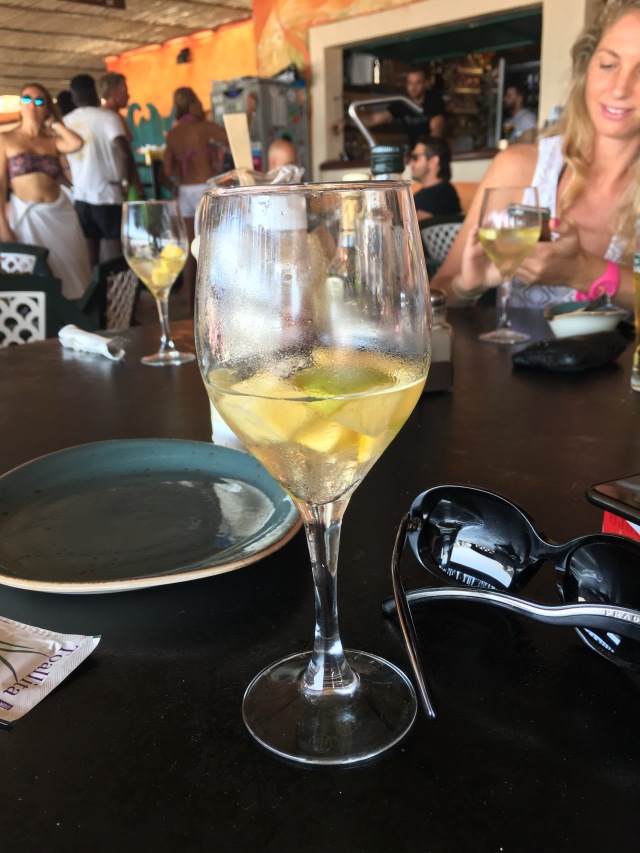 The other really notable beach we went to was Cala Conta, again super relaxed, beautiful water and the perfect place for a sundowner at Sunset Ashram. No entertainment this time except some particularly beautiful bodies to admire…

Here are a few more pictures to give you an idea: 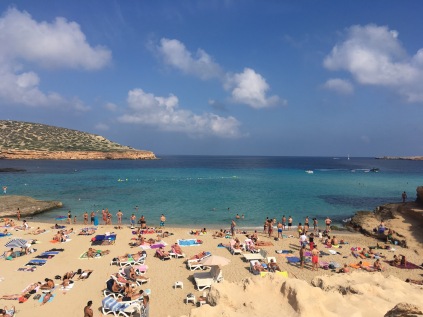 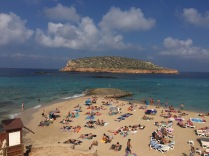 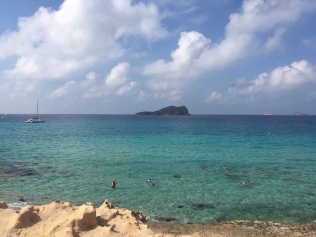 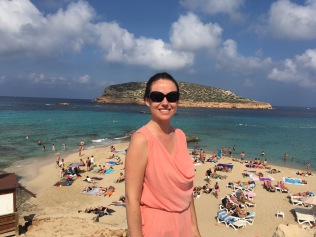 And this video basically sums the Ibiza vibe up:

That’s it for now, in the next post I will tell you about my new favourite place in the world Destino and why a trip to Ibiza is not complete without going to DC10 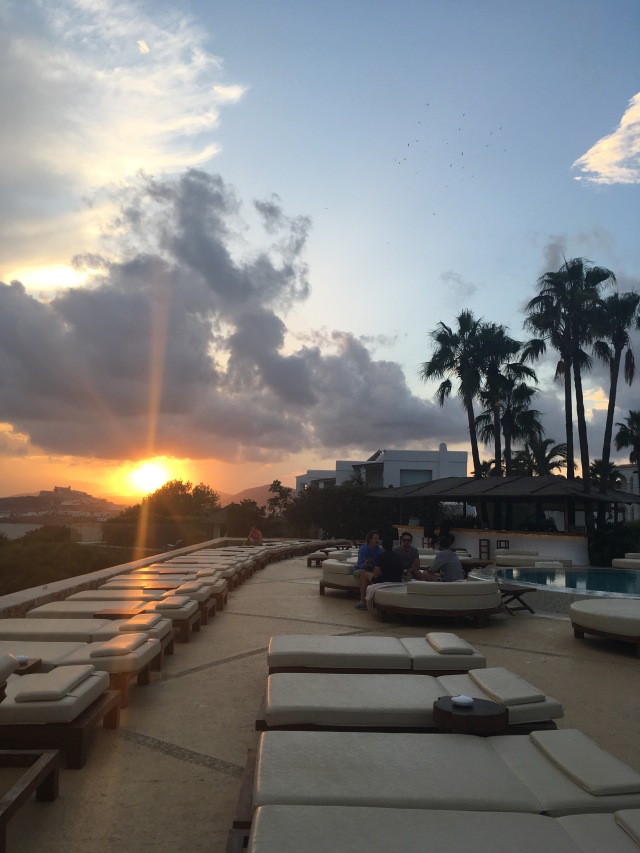